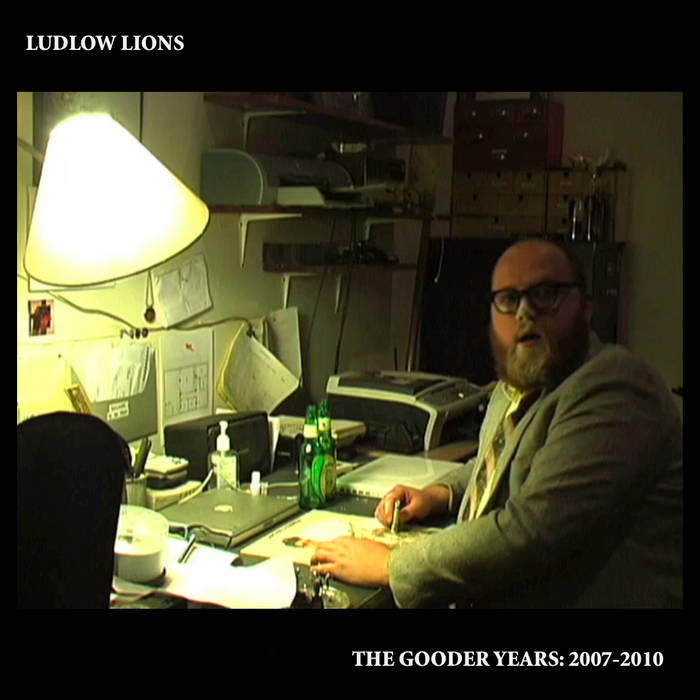 Ludlow Lions isn't too much of a band these days, as we all had to take over our dad's hardware store back in Montana, so that he could suddenly fulfill his dream of being a professional priest-cluster-balloonist.
We wish him well, and we are all still dear friends, learning about our bodies and making sure not to cuss.

But recently someone approached us (I'm making this up, so let's call him Smitty) and asked where they could find Ludlow Lions music on that wide world web? We said Smitty, why are you here in the dark alone with us, sitting in a chair, smoking?! Well, needless to say, we immediately went to a service of music types called brandclamp.coon, and put all of our music in this collection.

Loving you is easy,
LL's

The Gooder Years: 2007-2010
compiling all releases by Ludlow Lions in one easy to hello collection in chrono-mythological order.
Tracks 1-7 from Ludlow Lions
Tracks 8-19 from No Stories
Track 20 B-Side from the Pastepunk 12th Anniversary Compilation


Tracks 8-19 from No Stories
Recorded at Headgear Recording Studios, and at home in Greenpoint/Williamsburg, Spring 2009.
Engineered and Mixed by S.F. Norton, except Track 8 and Track 14, which were
Mixed by John Agnello.
Mastered by Steve Fallone at Sterling Sound.


This music would probably exist, but wouldn't even be halfway decent without:
Headgear Recording Studio, Lake Barcroft, Sterling Sound, Alex Lipsen, S.F. Norton, Dan Long, John Agnello, Will Quinnell, Steve Fallone, the one and only Mazzy, Chris Spanninga, Liam Hurley, Shelley Cardoos, Kyle Fortin, Gavin Todd, Chuck Westmoreland, Dug McCormick, Craig Williams, Brian Cass, Chris Haskell, Carl Simmons, Adam Laupus, Hank Stram, and without getting too into it, most of some of our families; in particular Kristin Melkin, Milt Coon and Shaun Coon.
Most of all Nicole Guerra Coon, for her patience, support and saves. Also her t-shirts were dope!
We know there are omissions here, but know that if you should be thanked, our heart chefs truly cook you some gratitude rice.

One time this guy wrote a positive review of us, but lovingly comparing us to Third Eye Blind. After months of solitude and despite that, we're still pretty proud of this music and have sort of recovered mentally, just in case you were wondering. And another time The New Yorker said we were "enjoyably snappy" so that kind of made up for it.

We started as blue links, but now we're purple links because you've already seen us. "Purple links can still be good." - Mr. Internet

Bandcamp Daily  your guide to the world of Bandcamp